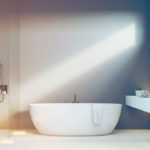 PHPD runs through some of the items that homeowners want in their bathrooms, according to a recent survey by Showerstoyou.co.uk.

While the bathroom is often seen as a tranquil space, in which to relax and unwind from the stresses of modern life, it may be surprising to discover that many consumers would like to see the bathroom becoming more connected.

A recent survey by bathroom specialist Showerstoyou.co.uk has revealed that many consumers would welcome more technology in a bathroom. The survey showed that 83% of Brits’ desire a self-cleaning toilet, while two-thirds would like mood lighting fitted in their bathtub. 69% of people dream of digital controls for precise temperature, spray and timing in their shower.

Interested in learning more about the relationship between homeowners and the latest smart bathroom technologies available, bathroom experts Showerstoyou.co.uk surveyed 1,424 British proprietors to identify the tech features that most appeal to them.

When it comes to the toilet, following a self-cleaning feature (83%), people wanted a self-deodoriser function (55%) and the ability to generate a heated seat (31%.)

In the shower, after the top response of digital controls, respondents requested mood lighting (55%) and built-in sound at 48%.

After mood lighting in the bathtub (66%), consumers would value a built-in scented mist dispenser (62%) and a built-in heated backrest (41%). 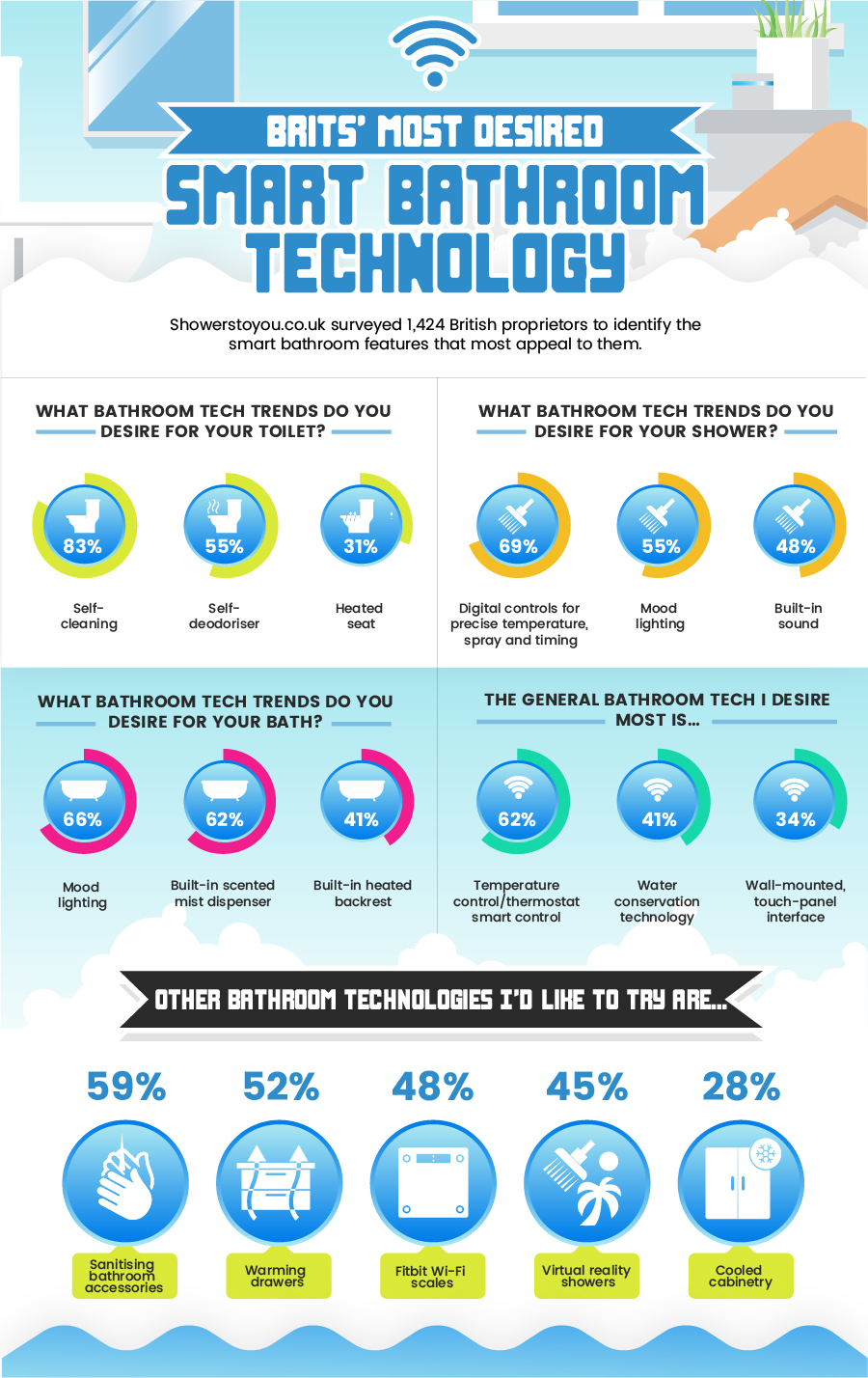 Smart controls
In terms of general bathroom tech, a vast majority of Brits’ surveyed by Showers to You selected temperature control/thermostat smart control as the ‘general’ feature they would like to see in their bathroom – at 62%.

So, whilst maintaining its role as a ‘spa-like’ space, it would appear that the bathroom should not be a barrier to the spread of technology throughout a new home, and that many potential customers would welcome more advanced bathrooms.

Showerstoyou.co.uk asked homeowners which of these emerging technologies they’d most like to try in the future. Here’s the top 5:

Gadgets that use UV light to disinfect items like damp towels – leaving them fresh, fluffy and clean

An advanced set of scales, which track weight, lean mass, body fat and more – and sync data wirelessly and automatically to a fitness device

This feature enables homeowners to project serene scenes – such as the beach, jungle or somewhere peaceful – within the washroom.

Essentially refrigerated bathroom cabinets, which allow you to keep medicines cool (should you wish to), as well as store drinks!