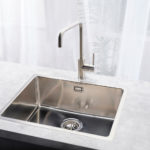 Dave Mayer, Sales and Marketing Director of Reginox UK, discusses what the year could have in store for sinks and taps.

Sinks…
Granites are more interesting than ever before with creative designs and colours that are likely to fit well within the multitude of today’s ‘mainstream’ coloured kitchens. Ceramics are now almost as likely to be found in contemporary settings as they are in ‘farmhouse kitchens’, with modern designs and colours lending themselves well to the consumer looking to add ‘something different’. However, our never-ending love affair with stainless steel continues, probably due to steel’s good looks, longevity, ease of maintenance and ability to look good in any style of kitchen. There are now some stunning contemporary steel sinks available, often with eye-catching features such as square wastes.

We’re still seeing a steady growth of coloured sinks manufactured from all three materials, as developers look to coordinate the sink area with the worksurfaces or kitchen units. Neutrals such as white, cream, beige, grey and black are staples within the kitchen and we are now seeing more sinks becoming available in these colourways, whether manufactured from granite, ceramic or even coloured stainless steel.

In terms of design, sinks are mirroring the overall trend for minimalism in the kitchen. Slab-sided sinks with clean modern lines, softened by gentle curves, are continuing to grow in popularity, in line with the trend for linear kitchens featuring curved end units. The emphasis is on simple but striking designs that are easy on the eye.

The 1.5 bowl is still the most popular configuration in the UK and, personally, I feel this is habitual as it has been the most common configuration for many years. However, the large single bowl is increasing in popularity. With the majority of modern households having dishwashers, a large single bowl is far more practical as it enables larger items that won’t fit in the dishwasher, such as woks and oven trays, to be easily washed up in the sink.

Inset sinks remain the most popular as they are easy to fit and can be installed into any worksurface material. Integrated sinks are equally easy to fit and can provide a sleeker, more streamlined appearance than inset models. Undermounted or flush mounted sinks look the best when installed but can only be fitted into solid surface materials, such as timber or granite. 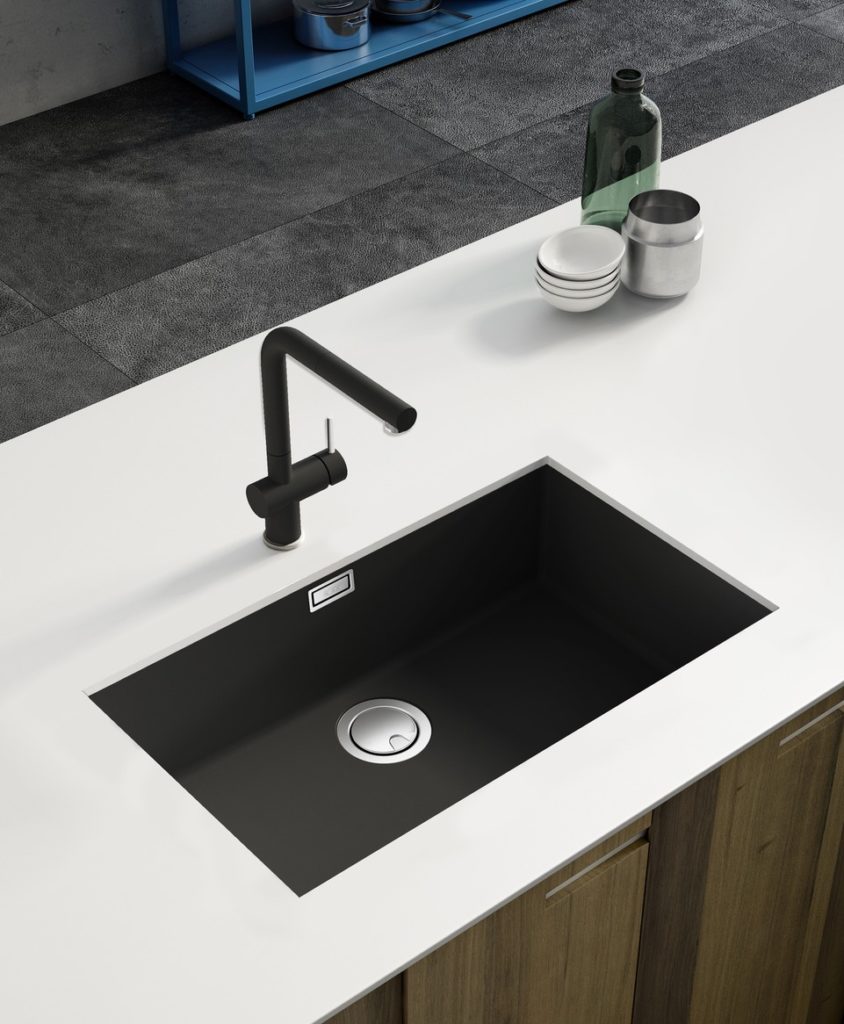 Taps…
There has never been a greater choice of taps available for developers to choose from and there is no doubt that an aesthetically striking tap can really help to draw attention. Once merely a commodity item, the kitchen tap has been elevated to a position of much greater standing and, as a result, there is now a vast selection of taps available for consumers to choose from, many of which deliver far more than just water.

The single lever Monobloc tap remains the most popular choice by a long way, although boiling hot water taps are proving to be a real growth market. The market for taps with pull-out sprays and LED lights has never really materialised; these taps are, of course, still available, but they have remained very much a niche market.

Builders should look for taps that are WRAS or equivalent approved, which is the hallmark of quality when it comes to taps. Two taps can look very similar yet be worlds apart in terms of quality and it makes sense to invest a little more money upfront for a quality tap that will last, than to risk having to replace a cheap one just a few months after purchase.