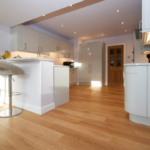 Q&A | Chilling out with Wavin Hep2O

Many developers are recognising the range of unique functions offered by underfloor heating that can actually make it a high-performance, long-term solution.. Steve Harris, Technical Services Engineer for Wavin Hep2O, highlights some lesser-known advantages.

What are the key advantages of UFH?
As pipework is installed beneath the floor’s surface, it is natural radiation that transfers heat into the room. This offers a range of benefits when compared to traditional convection heating. For example, traditional systems can harbour bacteria and dust which often have a negative impact on health, but in contrast, UFH systems have very little impact on air quality and help to keep the air clean.

Additionally, UFH systems are 20% more energy efficient than traditional heating systems. This means that customers can cut heating costs significantly, while maintaining the temperature of their home for longer, using less energy in the process.

It’s unsurprising that UFH has grown in popularity over the years and is now identified as one of the most popular trends for homeowners because of all of these benefits. 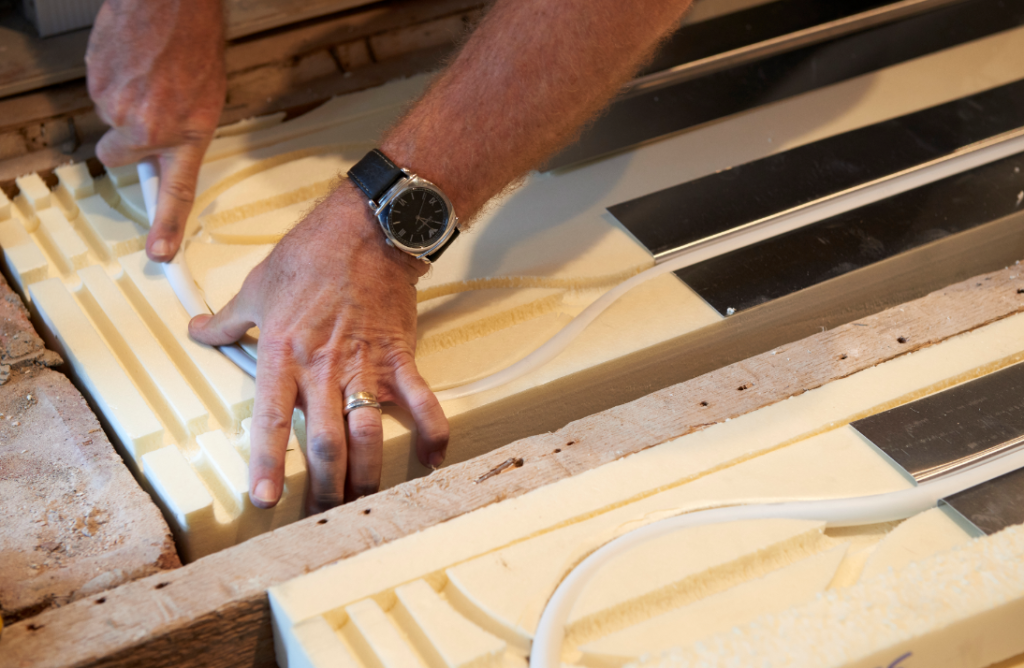 Is UFH only effective when it’s under the floor?
It’s a very common belief that UFH can only be used under flooring, as the name would suggest. It can, however, be installed in many parts of a building envelope, including the walls of a room. This is hugely beneficial in areas of the home where the floor has a small surface, such as a bathroom, where radiators and traditional convection heaters would take up essential space. In such cases, UFH can be placed in walls to boost the output, although it is worth noting that the overall output in walls is 60KW per m², in comparison to 100KW of heat that is transmitted per m² in floors.

There are also instances of developers using UFH in the ceiling of a property. This is particularly beneficial in block apartments where there’s a void in the ceiling which is easily accessible and can be used for both the flat above and flat below. In this case, the pipework can be set into the concrete allowing the building structure to be heated or cooled. However, this kind of installation is less common in the UK, as air conditioning systems are rarely used. 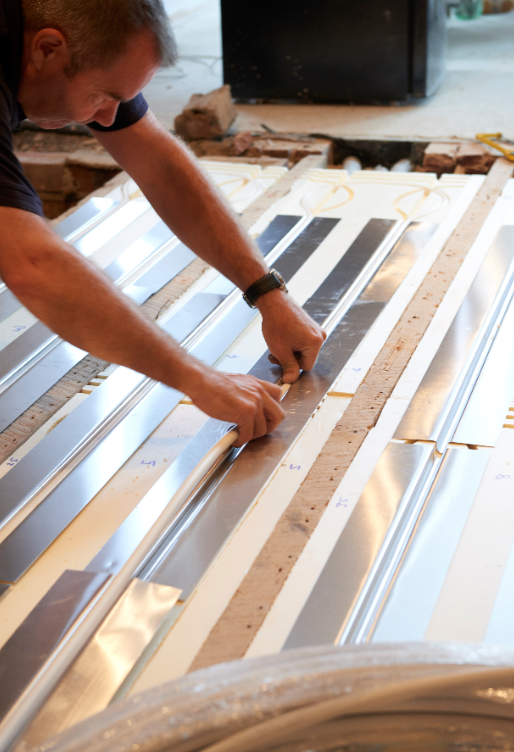 Can UFH cool buildings?
Yes, and as summers get longer and the temperature gets warmer, the demand for UFH as a cooling mechanism over traditional air conditioning systems is rising. Underfloor cooling systems use chilled water, sourced via air or the ground, which is circulated through the pipes to cool the building. The temperature is reduced through the transfer of energy by radiant heat exchange. The key advantage is that installers can provide a cooling system that is essentially free to run and available day or night.

The majority of components required are identical for heating and cooling systems. The only key difference is that underfloor cooling systems require slightly more complex controls which are capable of automatically changing from heating to cooling, as well as controlling the dew point when in cooling mode.

Underfloor cooling systems can only be used on a limited variety of flooring types – such as ceramic, stone or LVT – as these surfaces make it easier to maintain a constant floor temperature, ensuring it never drops below dew point. This minimises the risk of condensation forming and therefore reducing any chance of customers injuring themselves on a slippery surface.