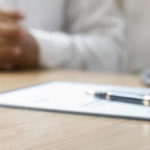 Prime Residential Construction | The Case for the Project Bank Account

Project Bank Accounts are ring-fenced accounts to enable the main contractor and all of the sub-contractors (and the sub-sub’s) on a project to get paid at the same time, cutting the traditional payment cycle significantly and protecting the supply chain from the main contractor’s insolvency. Darragh O’Sullivan explains.

Darragh O’Sullivan is the founder of dospay, an FCA-registered firm providing bespoke payment solutions for construction, marine and aviation projects.

Established in 1815, and with corporate records which are older than the Companies House online system can manage, Symm and Company Limited employed over 150 staff up until 2 weeks ago.

A UK-subsidiary of a much larger middle-eastern construction conglomerate, S&T (UK) Ltd was behind some of London’s finest hotels, residences and commercial spaces.

Our thoughts, of course, are with the huge number of staff who have recently found themselves made redundant as a consequence; this is a troubling (though perhaps not surprising) consequence of three very long years of uncertainty in the London prime residential property and construction sectors.

Of course, it’s not just the staff who have lost their jobs. Projects of the scale, quality and ambition that these two business specialised in could not be successful without the many and varied specialist sub-contractors who depend on these main contractors for their work. Many of these specialist firms are small, family-run organisations.

From mechanical and electrical engineers to landscapers, joiners, plasterers, floorers, bespoke lighting designers and audio-visual experts (to name but a few), many will be feeling the pinch as a result of these two administrations.

All is not rosy for the clients either. For those who are part-way through their ambitious construction projects, many question marks will have appeared over the past couple of weeks. Most of them will require the clients to employ their chequebooks to pay (in some cases for a second time) for things to get back on track.

All this to say that prime residential construction projects are complex, expensive and very high-risk, even when contracting with 200-year old companies or the subsidiaries of multi-million-dollar organisations.

When Carillion collapsed in 2018, it is estimated that the 30,000 small businesses which it relied upon were owed an average of £141,000 each (a total figure of over £2 billion owed to suppliers). Very few of those will have received anything. Reports at the time were that over 780 firms became insolvent at the beginning of 2018 as a direct consequence of the Carillion collapse alone.

It is clear, then, that something is not right.

What is a Project Bank Account?
On 10th February 2012, amid the excitement and bustle of the preparation for the London 2012 Olympic Games, the Cabinet Office published a relatively little-known Briefing Document which explained the concept of Project Bank Accounts.

The document reads, ‘historically, it is has not been unusual for lower tier supply chain members to have to wait for up to 100 days to receive payment, which damages their cash flow and can harm their business. Supply chain members in [Project Bank Account] projects will no longer have to wait for higher tier contractors to process their payment; instead they will receive it directly through a bank account specific to the project they are working on.’

Describing them as ‘a ring-fenced bank account from which payments are made directly and simultaneously by a client to members of his supply chain. [Project Bank Accounts] have trust status which secures the funds in it and can only be paid to the beneficiaries – the supply chain members named in the account. Payments out of the [Project Bank Account] are made simultaneously to all parties.

The account is held in the names of trustees; likely to be the client and lead contractor (but could also be members of the supply chain). The advantage of trust status is that in the case of insolvency monies in the account due for payment to the supply chain is secure and can only be paid to them. [Project Bank Accounts] are suitable for a very wide range of project values – even for projects as small as £1m or less, depending on the size of the supply chain.’

In summary, a project bank account is simply a payment mechanism to centralise and expedite the flow of funds through the project’s supply chain, freeing up members up and down the chain to concentrate on their work and delivering these world-class projects on time and on budget.

Who Uses Them?
At the moment, they are generally confined to the public realm.

In September 2016, following a trial programme that began in 2013, the Scottish Government announced that all government body construction contracts valued at over £4.1 million and civil engineering projects valued at over £10 million must use a Project Bank Account. Since March 2019, that threshold has been reduced to £2 million for construction projects and £5 million for civil engineering projects.

In December 2017, the Welsh government updated its guidelines on using Project Bank Accounts with the effect that from 1 January 2018, they are mandatory for all Welsh government construction and infrastructure projects and any appropriate project worth £2 million or more, unless there is a compelling reason not to use them.

There was even a Bill (the Public Sector Supply Chains (Project Bank Accounts) Bill 2017-19) which was prompted by Carillion’s collapse and designed to make Project Bank Accounts mandatory on all government construction contracts of over £500,000. Regrettably, it didn’t survive last year’s various parliamentary high jinks, but perhaps it will resurface in future in another guise.

“Standard” Project Bank Accounts
One of the concerns about Project Bank Accounts is the potential cost of establishing and running one. Fortunately, this is becoming increasingly weak as an argument; there are a number of standard form contracts already in the public domain, and their potential pitfalls are well documented.

The Joint Contracts Tribunal, as part of its 2016 Suite, has published specimen documentation for Project Bank Accounts, which it makes freely available. Click here to access the document.

The NEC3 and PPC2000 also contain provisions to allow for Project Bank Accounts.

The Benefits of Project Bank Accounts

Project Bank Accounts in Prime Residential Construction
While the benefits of project bank accounts to the whole supply chain are clear, there seems to be a reluctance on the part of those commissioning, managing and supervising prime residential works to suggest the project bank account mechanism to the Employer.