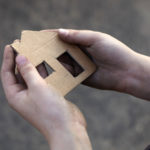 Planning reform and the Housing Crisis

Rico Wojtulewicz, Senior Policy Advisor at the House Builders Association, argues that reform to the planning system is an essential element in fixing the housing crisis.

The Government should do more to promote best practice and diversify the housing market. The Institute for Fiscal Studies (IFS) reports that in London, just one in three young adults is able to afford a home, compared to 90% in 1990. According to the IFS, house prices have jumped 173% since 1997, while adults pay had gone up by just 19%. London and the south east saw the greatest increase in house price.

Polly Simpson, a research economist at the IFS and a co-author of the research, said: “Many young adults cannot borrow enough to buy a cheap home in their area, let alone an average-priced one.” Shadow Housing Secretary John Healey said: “This report adds to the mounting evidence of a housing crisis that Tory Ministers are failing to fix.” The IFS argues that easing planning restrictions would increase home ownership and reduce both property prices and rents.

The National Federation of Builders (NFB) wholeheartedly agrees that easing planning restrictions would increase home ownership and considers the benefits of reformed planning to be instant. Planning remains the greatest growth barrier for small and medium-sized (SME) house builders and its impacts are felt across the entire housing supply chain, from housing associations and community land trusts to self-builders and constructors.

However, it is important to remember that the Government sets national planning policy. Local authorities have the duty to allocate sites for housing as well as interpreting what a successful planning process looks like. Richard Beresford, Chief Executive of the NFB, said: “When local authorities fail to deliver a robust local plan, too few homes are built and build costs spiral. Consequently, house prices, particularly in London and the south east, remain unaffordable.

“The Government should do more to promote best practice and diversify the housing market. It signalled its ambition to diversify the market by lifting the housing revenue account cap, but much more work is needed to make sure that planning supports a competitive market and operates a more level playing field.”