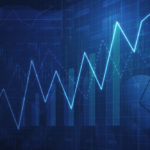 Market Monitor | Latest insight and analysis from the residential sector

“To have construction figures this healthy is somewhat of a surprise given a myriad of market uncertainties.”

Commenting on the new home registrations statistics for 2018, NHBC Chief Executive Steve Wood said: “The full–year figures of nearly 160,000 new home registrations demonstrate the resilience of the UK house-building industry. 2018 has been a demanding year, with the extreme weather conditions in the early part and the continuing political and economic uncertainties, which are extending into 2019.”

However, while the NHBC figures suggest a level market year-on-year, according to Deloitte’s latest survey, confidence among developers is strong across the UK’s regional cities. The Deloitte Real Estate Crane Survey series monitor construction activity in Belfast, Birmingham, Leeds and Manchester as well as Dublin. In 2018 each city saw a sustained or increased level of development across a range of sectors including offices, residential, hotels, retail, education and student housing.

Simon Bedford, Partner and Regional Head at Deloitte Real Estate, said: “To have construction figures this healthy is somewhat of a surprise given a myriad of market uncertainties. Developer confidence is a key indicator for economic health and to have this many significant construction starts over the last 12 months, especially in speculative office schemes, is testament to the resilience of the regions and appetite for growth.”

Commenting on the survey, Brian Berry, Chief Executive of the Federation of Master Builders, said: “Workloads for small construction firms continued to rise in the last quarter of 2018 but after 23 consecutive quarters of growth, these latest results could mark a tipping point. Mounting Brexit uncertainty is starting to have a tangible effect and the indicators are not good with almost half of builders reporting signs of a weakening housing market.”

Transactions fall
However, HMRC’s recently released Stamp Duty Land Tax (SDLT) statistics, indicate that Tax receipts for 2018 in England, Wales and Northern Ireland are down 8.5% on 2017, according to analysis by residential property advisor LCP. It notes that transactions in England, Wales and Northern Ireland fell 2.6% from 2017 and now stand at 1,083,970.

Naomi Heaton, CEO of LCP commented: “The 2.6% fall in transactions reported in HMRC’s 2018 SDLT report reinforces the surfeit of statistics, showing buyers now holding back. The febrile political climate around the UK’s departure from the EU and stagnating prices, have brought ever growing uncertainty to the residential market, following several years of increased taxation”.