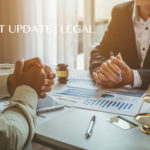 Legal Update | Is developing on the up?

Lauren McQue, Collyer Bristow, explores some of the issues to be aware of when building above existing buildings.

In a controversial move, the government has proposed a relaxation to permitted development rules that will allow property owners to add an extra two storeys to their property without seeking planning permission. It is intended that the new rules will initially apply to purpose built blocks of flats from January 2020 and subsequently be rolled out to detached houses.

Just because planning permission for an upwards extension is unnecessary or has been successfully obtained, there are a number of additional factors to consider before carrying out the works, and being able to do so unhindered. Property developers need to be mindful.

Before taking any steps, the property’s title deeds and any other relevant documents should be considered carefully in order to check the position of the boundary. The development should not extend beyond it.

A freehold property is generally taken to include the airspace above it, unless the title deeds say otherwise. With a leasehold property, there are no definite presumptions and it will be a matter of construing the lease. Case law has offered some guidance as to when the airspace might be included, for example if the demise includes the roof space and roof above, or if the lease is granted of the whole building.

The title documents should also state whether there are any other potential restrictions, such as any restrictive covenants. Usually a lease will require a tenant to obtain landlord’s consent to make certain alterations, therefore this should be checked carefully and any necessary consent should be obtained. If these steps are not taken before the works commence, the landlord or neighbouring occupiers could take steps to prevent the developer from carrying out the works or cause the project to be significantly delayed.

If all is well and it is established that the development can be carried out without restriction, there are certain things to consider when designing and planning the scheme. During the works, will access to neighbouring land be required, or even access over it with a crane for example? If so, are the necessary rights available? If not, the neighbour’s permission may need to be obtained and a formal licence may be required.

If permission is not forthcoming, an application to the court under the Access to Neighbouring Land Act 1992 may be necessary. If works are to be carried out to a party wall, whether or not a notice should be served on the adjoining owner will also need to be carefully considered.

Finally, when carrying out the works, the developer should ensure it takes steps to limit the amount of disturbance caused to any neighbours, which could potentially be significant with an airspace development. Carrying out works, and in doing so unreasonably interfering with the neighbour’s enjoyment of its property, could lead to a claim by the neighbour under the law of nuisance. Again this could significantly delay the works or even prevent them altogether.

Whether or not you consider the government’s proposal to be a positive or negative step, there could be other factors that may prevent an upwards extension, all of which need to be carefully considered.