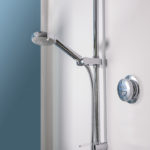 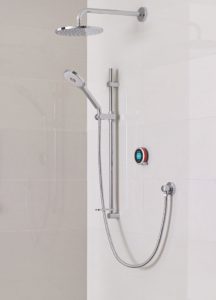 From 2016, 18% of the UK population were over 65 and by 2046, this is predicted to rise to almost 25%, according to the Office for National Statistics. Tom Lloyd at Aqualisa discusses how digital showers can improve the standard of living for the elderly.

When developing housing for retired and older persons, accessibility is vital in creating a manageable environment. Significantly, this allows residents to maintain their independence in their senior years, even when living in retirement communities.

Originally, accessible bathroom and shower facilities were bulky, functional items that often made the home feel impersonal. However, restricted mobility does not mean that the aesthetics of a bathroom have to be compromised. Manufacturers have recognised changing market demographics and the design premium attached to ‘inclusive’ products. This now means that a wider variety of options are available, which are modern, stylish and high quality.

Digital showers can be an ideal solution both aesthetically and also from a safety angle. They work in a similar way to mixer showers, mixing hot and cold water to reach the desired temperature. The big difference is that your shower programme can be set digitally instead of the user having to manually adjust the shower controls. The exact temperature can be set and digital thermostatic technology guarantees the same temperature every time you take a shower. A pre-set digital shower automatically heats up the water to the desired, safe temperature every time. The water delivery, including flow rate and the choice of outlet (on dual and triple outlet models), can also be set to repeat at every shower occasion.

One of the great advantages of the electronic technology is that the mixing valve or processor can be located away from the showering space, connected to the shower controls by a data cable. This means a much easier, more flexible installation, making better use of the showering space available. 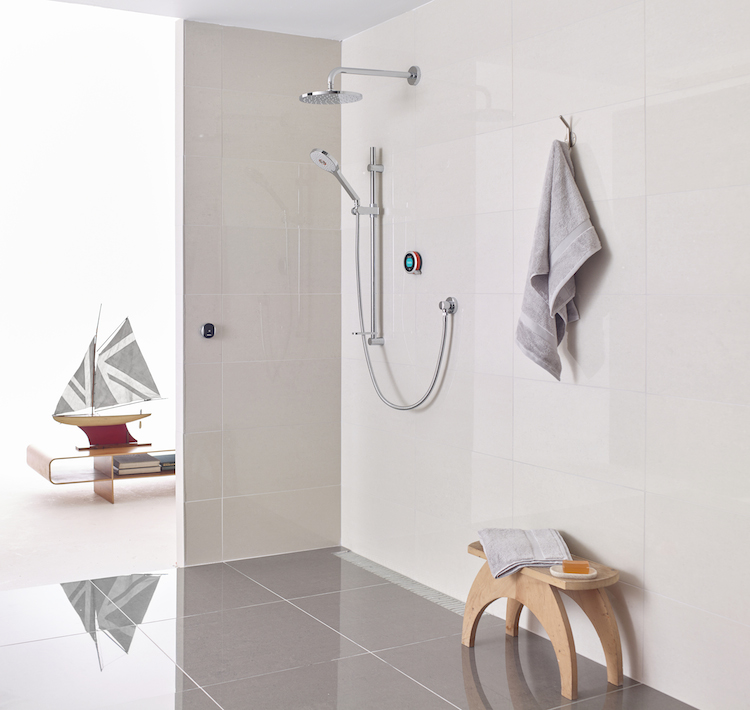 Water temperature
Water temperature is such a key consideration for vulnerable people. Government Consumer Safety Research carried out by the Department of Trade and Industry showed that elderly people aged 65 or over are at greatest risk for fatal injuries caused by scalding – four to five times greater than the average level for the population as a whole. There are a variety of reasons for this, such as mobility issues getting in and out of the shower or arthritic problems restricting hand movement and the ability to turn the shower controls. Hypothermia may also be a risk for the elderly if the water temperature suddenly becomes cold.

For these reasons, safety features must be taken into consideration when specifying shower products for older users. Digital showers, of course, provide assurance with thermostatic temperature control and failsafe features such as automatic shut-off should the hot or cold water supplies suddenly fail, but it is the ability to easily pre-set the exact shower requirement that is a real advantage, together with a light touch button control rather than a mechanical turn. Aqualisa’s digital technology is able to monitor the shower temperature every ten seconds which means the water is consistently at a safe and desired level.

Clear feedback
Digital showers with clear displays remove the requirement to test the water before stepping in – the user knows the pre-set temperature has been reached when the LED indicator flashes. A maximum temperature can also be set at installation which is another assurance that a safe temperature will always be maintained.

With an older population set to increase considerably in the coming years, housebuilders need to consider suitable bathroom spaces and products, to ensure older people can continue to live independently but also safely. Digital showers are an increasingly affordable showering solution that not only provide a statement in terms of showering style and technology but also ensure the specific safety and functionality required by an increasingly important market sector