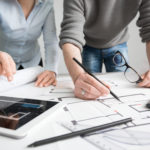 After three months of delay, the Ministry of Housing, Communities and Local Government published its results of the Housing Delivery Test on the 19th February.

The test was introduced through the 2018 revisions to the National Planning Policy Framework and aims to measure the rate at which new homes are created against a local authority’s housing requirement over a three-year period.

Its aim is to incentivise planning authorities to drive housing delivery, which despite the distraction of Brexit, remains a key objective of the Government.  Following a transitional period, and as with housing land supply, the failure to deliver sufficient homes automatically triggers the presumption in favour of the grant of planning permission when delivery falls substantially below the housing requirement.

At the national level, the results outlined that 108 local authorities delivered less than 95% of their identified housing need. Of these, 86 delivered under 85% of their identified need.  The consequences for these authorities include the production of an action plan for those delivering under 95% and an additional 20% buffer on their land supply requirements for those under 85%.

London calling
In the London context there are 13 authorities which will be subject to the 20% buffer as a result of delivering less than 85% of the three-year delivery requirement. A further two, will need to produce an action plan.

There will be sighs of relief amongst local authorities as there are none which are delivering less than 25% of their housing requirement. If housing delivery falls this low, subject to Neighbourhood Planning ‘get out of jail free’ provisions, the presumption in favour will be applied on decision making in these areas.

However, three London authorities (Barking and Dagenham, City of London and Redbridge) and four non-London authorities (New Forest, Calderdale, Adur and Thanet) have provided less than 45%. That is significant as, with the exception of New Forest which is saved by its national park status, in November this year, the trap-door of the presumption will swing firmly open.

While London authorities have in recent time given less weight to housing need on the basis that there has been a widely accepted requirement for new homes, the presumption really would break new ground. Unless proposals affect Green Belt other habitats and heritage assets their entire development plan would be considered to be out-of-date. In our opinion, this would include the policies of the London Plan in that boroughs area.

We would expect that London authorities will attempt to hide behind the requirements of the London Plan if the presumption were to be applied. It will be interesting to see this play out, I suspect at Inquiry and through the Courts.

Finally, we have reported before on the significant increases housing requirement across the capital and the Secretary of State’s very public views that the increases are insufficient. You are left to wonder if he is creating a noose for planning authorities. One thing is for sure, the full force of the NPPF will be felt as we move towards the adoption of the Mayor’s flagship policy document.