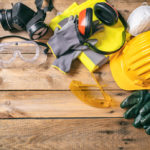 Dave Robinson, Head of Technical Support at British Gypsum, discusses the urgent need for a change in culture around safety and testing in the construction industry.

It’s been over 20 years since the government suggested that the construction industry should move from BS to EN standards. During that time, some progress has been made but the Grenfell Tower disaster in 2017, and the subsequent report from Dame Judith Hackitt and the CCPI shows our industry still has a lot to do to support the delivery of buildings that are safe, both now and for the future.

As the UK’s leading manufacturer of high-performing drylining solutions, it is our responsibility to ensure that we continue to lead the way and demonstrate our commitment to providing the safest drylining solutions possible. As such, along with several other measures, our brand new website now serves rigorous EN standards as priority over BS standards. It’s an indication that safety of life must take priority over anything else.

British Gypsum has been moving towards EN standards since 1999 when the Construction Product Regulatory Review decided that standards across Europe should be harmonised for export and import. However, with countless building projects already in progress, the move was not made law, since not all manufacturers could follow suit immediately.

Two decades have passed but the situation remains the same. Working to BS standards is still an accepted alternative route to comply with Building Regulations. This is despite the fact that BS standards have not been maintained or updated since the move to EN in 1999.

The testing system, as highlighted in Dame Judith Hackitt’s report, is too complicated and allows for conflicts in standards to be overlooked. Hackitt describes how the industry has developed a ‘race to the bottom’ culture caused through ignorance, indifference and a system that does not encourage best practice. The industry needs to come together and focus on delivering the best quality buildings possible so that those living and working in them are, and feel, safe.

Testing to EN leaves no room for items specified to be interpreted in any other way than how they will be used in practice. They are strict standards, sometimes even incurring extra cost since there is no way around substituting one component for another. They are also the most onerous standards, putting real lives and people at the heart of modern construction. Whilst we acknowledge that working to EN standards may pose new challenges for some, is there really any alternative? Our integrity and conscience says not.

For the time being, British Gypsum will continue to offer support for specifications to BS standards but we’re determined that safety must come first. There is a huge shift to be made in our industry and that will take legislation and time, but even without a change in the law it is already clear what needs to be done and that the time to lead the way is now. From architects to subcontractors to clients and everyone in between, British Gypsum is dedicated to leaving the most positive legacy that we can and convinced that EN standards are the key to help everyone in the industry do their bit in building better.