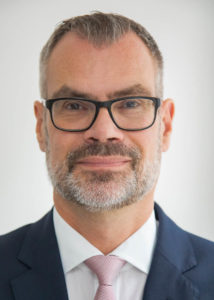 Small builders remain resilient despite significant headwinds – according to the latest Federation of Master Builders’ (FMB) State of Trade Survey – says Brian Berry from the FMB.

The construction industry’s small and medium-sized (SME) firms remained resilient in the final three months of 2018. The Federation of Master Builders’ (FMB) State of Trade Survey recorded rising workloads and this presents 23 consecutive quarters of growth.

There is little room for complacency though, as this latest snapshot also presented many hurdles that construction SMEs will have to overcome.

During the next six months, costs are expected to rise even further for small building firms. Nearly 90% of builders believe that material prices will rise and this, coupled with the fact that two-thirds of firms are expecting wages and salaries to rise as a result of the chronic skills crisis, will put enormous pressure on the industry.

Access to finance
In these politically uncertain times, more than 40 per cent of builders have detected signs of weakening in the housing market in the past three months. For SME house builders, this poses a serious problem. What’s more, one in five builders have had projects stalled in the last three months due to delays or refusals in accessing finance from the banks.

This begs the question, what can the Government do to help? Well, the construction industry needs much more certainty and that means ensuring that the UK does not leave the EU without a deal in place. It also means getting us to that position sooner rather than later and not waiting until the eleventh hour at the end of March to agree something. It also means listening to the very real concerns of business in relation to the Immigration White Paper. We need a post-Brexit immigration system that powers business growth rather than destroys it.