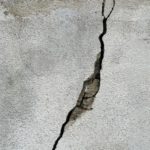 Poor quality or weak concrete has long been the cause of buildings collapsing around the globe. Whether due to seismic events or bad build quality, concrete that isn’t up to standard can be incredibly dangerous. While inferior concrete isn’t such a big issue in the UK, the strength of this material is something to consider in every construction project, no matter how small.

Using reinforced concrete in building has become the norm because of its strength and heat resistant properties. But while it’s durable, it can easily crumble and crack. In the building trade, it’s important to know how to identify concrete failures so you can address issues as they arise – before they become an expensive problem.

Reasons for concrete failures can include:

The main cause for these failures is due to corrosion of the steel within the concrete. This causes rust, which leads to cracking, staining and tensile stresses. Fortunately, the signs of these issues are always the same, and can be picked up early in the degradation process.

Corrosion is a natural process and can be quite tricky to avoid. It occurs when steel tries to revert to a more stable form of iron ore – its original state before being smelted, refined, and deprived of oxygen.

Environmental factors play a major role in corrosion and wind, rain, and sun can impact the structure. Internal factors such as water from kitchens and bathrooms, and the power, light and heat emanating from these rooms can all contribute to corrosion too. While these factors can contribute, they’ll differ on a case to case basis and may be influenced by microclimates within the building.

The Causes Of Failure

The two main causes of concrete failure are the contamination of chloride and carbonation in the concrete. Both lead to corrosion of the steel reinforcement. As the steel corrodes, it expands and puts pressure on the concrete, which inevitably leads to cracking.

This occurs when alkalinity in the concrete is lost by the ingress of acidic gasses, more specifically carbon dioxide, from the atmosphere. When the steel is placed in the concrete, it’s put into an environment high in alkaline. As it sets, a layer of iron oxide forms to protect it from corrosion. As the concrete becomes carbonated, the protective layer is broken. Should there be sufficient oxygen and moisture present, the steel will corrode.

Factors that will determine the extent of the corrosion include:

Chloride is often used as an accelerator in concrete and enters the concrete through the use of de-icing salts or coastal environments rich in chloride. If the chloride reaches the steel in sufficient quantities it can initiate corrosion, resulting in the structural integrity being compromised. The severity of the damage will depend on the concrete quality, steel coverage, and structural exposure.

Additional causes of failure can include:

Poor quality materials: The wrong raw materials, or materials of poor quality, can readily lead to concrete failure. Materials need to be added in the correct ratios to ensure optimal strength.

Shortcuts and cheap materials often lead to a lack of the correct materials in the correct ratios, which ultimately leads to failure. Be sure to double-check the ratios before mixing the concrete.

Trapped air: Poor finishing or colder, wetter weather can result in air and water becoming trapped in the concrete. The presence of water and air will reduce the strength of the concrete, which can have dangerous consequences.

Overloading concrete: Variations of concrete exist, each with their strength and purpose. The concrete used in roof tiles won’t be the same strength as that used to construct a multi-storey building. You need to choose the concrete that best fits your building needs. Failure to do so will result in excessive pressure being put on the concrete, compromising the structural integrity. 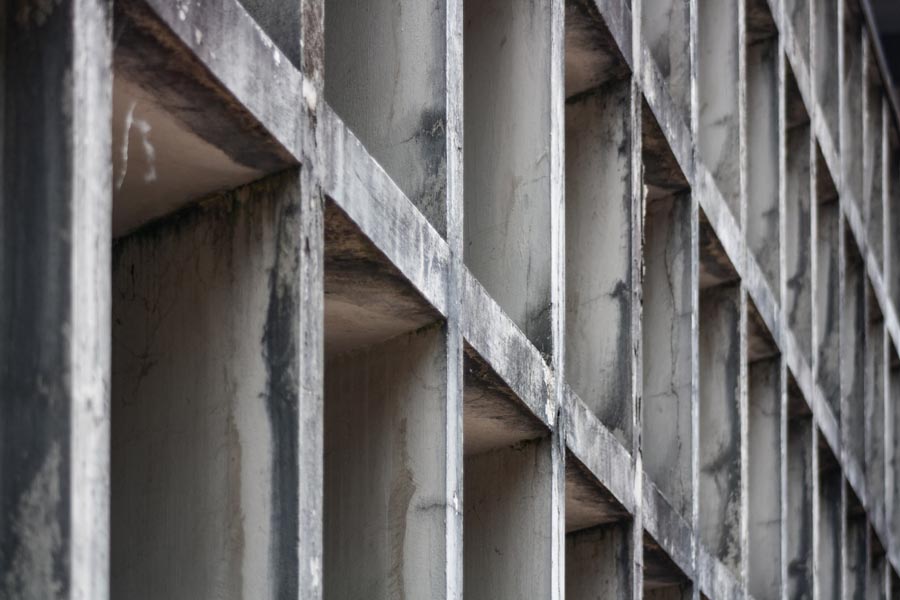 Steps Of Corrosion And What To Look Out For

Step 1: Corrosive agents enter the concrete but provide no visible indication of the process.

Step 2: Corrosive agents reach the surface of the steel and begin to corrode it. Cracks visible to the naked eye will form and rust stains may become evident. Reddish spots are a clear indication of corrosion.

Step 4: The steel is exposed to the environment as the concrete continues to break off into smaller pieces.

Once you’ve determined that you have corrosion, you need to identify what’s causing it. There are various tests you can conduct to find the root cause.

To test for chloride, titration tests and chloride test strips will pick up any traces. The general rule of thumb is that chloride should not exceed 0.4% of the cement weight at the depth of the steel.

Testing for carbonation involves using a dye called phenolphthalein that changes colour to indicate the pH level of the concrete. For the best results, pour the liquid into a fresh crack. Purple indicates a pH above 8.6, which is what you are looking for. If the liquid remains colourless, the pH is below 8.6 and indicates carbonation,

In addition to these tests, you can also use the following techniques to find the cause of your corrosion:

The correct use of concrete is a science. The right balance of materials ensures your building project is a success. However, should you decide to cut costs or rush the job, you may put yourself at risk of corrosion.

Knowing what can cause corrosion is the first step, however, identifying the presence thereof is critical in ensuring structural safety and to prevent any dangerous accidents. Concrete is only as strong as the science behind it. Taking short cuts, cutting costs or simply botching the mixing ratios can have dire consequences.