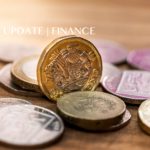 Finance | VAT and the Golden Brick 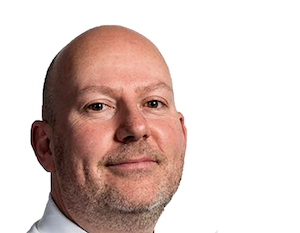 The construction of a new residential building is zero rated for VAT purposes. Land however can attract VAT at the standard rate in certain circumstances, most commonly under the option to tax rules.

The sale of a new dwelling is zero rated where there is a lease in excess of 21 years or a freehold sale, which means that, for the majority of housebuilders, the VAT incurred on the site and construction can be reclaimed. Although it should be noted that there will always be some VAT incurred which cannot be claimed – white goods, furniture and carpets for example.

This is great for those who build to sell but not so good for those who want to retain their properties for onward letting. The rental of a dwelling is exempt from VAT and exempt sales mean that the VAT incurred cannot be recovered.

Housing associations are affected greatly by this as they buy and develop land for rental purposes; where VAT is charged on the land the cost can be significant.

Recognising this fact, HMRC introduced legislation which allowed a housing association buying land to issue a certificate to “disapply” an option to tax so that VAT is not charged on the sale of land to it. This has the effect of making the sale of land exempt from VAT. This works for the housing association as it does not incur VAT but not for the seller of the land where he has paid VAT on it.

Exempt supplies mean VAT cannot be recovered; the seller would have recovered the VAT on the land when it was purchased as the expectation would have been that VAT would be charged. By changing the VAT liability of the land from taxable to exempt, the VAT previously claimed has to be repaid to HMRC.

The certificate has to be issued before a price is agreed so the seller can choose not to sell the land but cannot choose not to accept a certificate – if he does and has to pay VAT back to HMRC he will be out of pocket. The seller therefore either has to increase the price, take the hit or pull out of the sale, none of which is particularly satisfactory for either party.

The golden brick
The sale of bare land is either exempt or subject to VAT at 20% whereas the sale of a new dwelling is zero rated. A new dwelling in this context can include a partially completed dwelling and as long as the site has been developed beyond a certain stage the sale of it can be zero rated, meaning that any VAT incurred on the land (or other services) can be recovered and will not need to be repaid to HMRC.

HMRC advise that a partially completed dwelling is one which is at least one brick above foundation level – the “golden brick” as it were.

A typical structure, therefore, is for a landowner to develop the land to golden brick level and then sell it on to the housing association, with the dwellings then completed by the housing association. Depending on how the development is structured the contracts need to be drawn up to reflect the services being provided at the various stages, which may involve novation of contractors, including professionals if necessary.

Some housing associations which buy a lot of land have set up their own company to act as the golden brick developer but care needs to be taken on such structures as other costs may come into play.