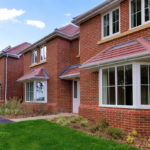 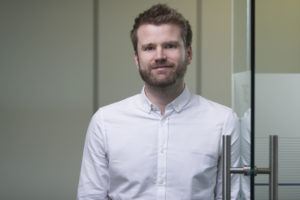 Damien Holdstock, associate director at national planning and development consultancy Turley, explains why the boom in urban living – and the entrance of institutional investors into the sector – is good news for the future of the UK’s cities.

Up until the late 90s, city centres weren’t thought of as desirable places to live. Even the UK’s major cities were often run down and reported much higher crime statistics than towns on the outskirts, resulting in the most affluent homeowners opting to reside in the suburbs.

But fast forward 20 years and urban living is thriving.

Take Manchester, for example. It’s estimated that around 600,000 people are currently living in the city, up from 572,000 in 2015 alone, according to Manchester City Council’s State of the City report last year. This is thanks, in part, to the rise of the private rented sector (PRS) and more latterly the advent of build to rent (BTR) – which is making it easier and more attractive for renters to live in the city.

In London, PRS is about to become the biggest single tenure in the market – bigger than social rented or homeownership. An increasing proportion of this development is now BTR. Across the UK more widely, the BTR model continues to go from strength to strength too. It’s now estimated that 10 per cent of all projects starting nationally are BTR.

The rise of BTR is good news for city centres and for tenants. Urban living already has a well-established association with regeneration, bringing people into cities and helping to create vibrant hubs of economic activity by doing so. Urban living delivered as part of mixed-use developments has been particularly effective in this regard.

The BTR model is increasing the quality of accommodation available to tenants and changing perceptions of renting. Many of the institutional funds investing in BTR realise the need to provide high quality, desirable accommodation to ensure it can provide returns they are looking for over a long-term basis. Whilst the need for on-site amenities in BTR developments was initially untested, it’s now increasingly common for gym access, concierge services and shared communal spaces to be offered in these schemes.

Taken together, the regeneration of city centre areas and the increasing quality of accommodation available have led to urban living becoming an ever more popular concept. Not only for young professionals but for an increasingly wide demographic of occupiers who want to experience the bright lights of the city centre.

Unexpected residents
The wider demographic attracted to the concept of urban living in BTR accommodation is now beginning to encompass retirees, too.

With access to more shops, bars and restaurants, as well as better social infrastructure like libraries, banks and dental practices, it’s no surprise retirees are swapping the suburbs for the metropolitan lifestyle. For many retirees, urban living is an attractive concept that negates worries about isolation and loneliness that can often be associated with later life.

Urban living is also an increasingly attractive prospect for retirees looking to downsize from their old family homes, which may require a significant amount of upkeep. Moving into this type of accommodation allows retirees to release equity from the sale of their home, which can then be used to fund a lifestyle of their choosing. This also has the benefit of freeing up family housing for those looking to move onto the housing ladder.

The future role of BTR
Despite the trajectory BTR has enjoyed over the last five years from a relative standing start, there is still huge scope for further growth and evolution. While the model is now established in cities such as London, Manchester and Birmingham, the sector is in its infancy in the UK. In some regional cities it is still a relatively new concept.

Over the next few years, we can expect BTR schemes to become increasingly common place across the UK. We will see a greater volume of BTR developments catering for an increasingly wide demographic, from post-graduates and young professionals to retirees. This is something to welcome – particularly if BTR accommodation is delivered as part of the mixed-use development that can foster economic growth and prosperity, and continue to make a positive contribution to regenerating our cities.

0 0 0 0
Previous : Tapping into a modern lifestyle
Next : The future’s building systems