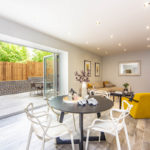 With views stretching across the High Weald Area of Natural Beauty, it’s easy to see why Broadwater Down was chosen as the ideal spot for a development bursting with character. The choice, however, was made considerably easier for Clearview Developments, by the fact that the spot was already chosen by William Nevill, 4th Earl of Abergavenny who, along with developer George Mansfield, developed 46 mansions in the area. The very first mansion built by the pair is currently being given a second lease of life, and Clearview’s Director Jason Tema is determined to match the quality that the heritage of such a building deserves.

“As you can see, it’s a beautiful building, built using quality materials and designed to stand the test of time,” Jason tells me, as he takes me around the perimeter of the building, enthusiastically pointing out the various features which have brought their own individual challenges, “look at these bricks, they look normal enough but in fact, they’re a few millimetres bigger than standard sized bricks. When this building was built, each town had its own brickworks and they made the bricks using whatever materials they had locally. For the extension, we’ve had to source a traditionally made brick from a supplier that can provide them at the same size too. We found one, Furness Brick, which is one of the oldest brickmakers in the country. A few millimetres might not sound like a big difference, but across the whole extension you will notice or, at least, I’ll notice.” 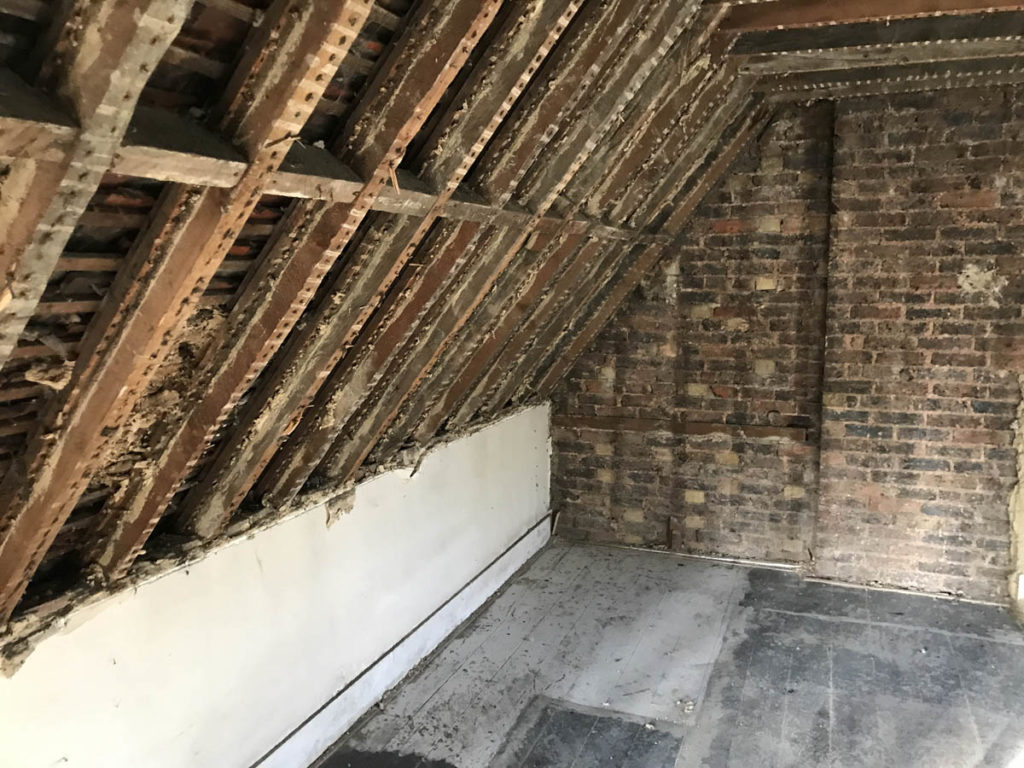 “Extension” here may be something of an understatement, as Jason and his team are in fact doubling the size of the property, essentially taking what’s already there, which currently houses five flats, and doing it again, so that on completion the entire development will house 14 flats. The area is a conservation area, in fact there is some talk of acquiring the famous blue plaque for the house, and as such any additional building must match up to strict measures, restricting what materials and techniques must be used. This is something that puts many developers off and prevents many builders from going beyond small renovation works. Not so for Clearview Developments, however, whose legally trained Director seems to relish the challenge such a building poses, and waxes lyrical about the build process and the quality of the materials he uses.

“Conservation bricks with the original red brick banding, timber-sashed windows, timber fasciae, decorative stucco, floor to ceiling windows, cast iron gutters, traditional pantiles on the roof, herringbone floors–we’re not going to skimp on anything, that’s just how we do things,” Jason explains, as we approach the front of the building where an inspector is busy investigating the trees lining the grounds of the property. It’s not just preserving the traditional aspects of the existing building Jason has to concern himself with, he must also contend with the challenge of adding nine new properties to the space, and offering the necessary provisions required by the modern home owner. 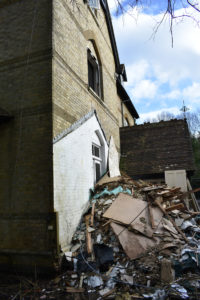 “We’re adding a bike storage unit below the buildings,” Jason explains, “and we’re creating three separate areas for parking. This area is very biodiverse, and that’s why we want to make sure we’re not cutting down any important trees. We’re making sure each space is ready for electrification too, by running the cables under the ground and providing a connection point. The only reason we’re not installing the full terminal is because the preferred technology is changing so rapidly, in fact since we’ve been on this site it’s already changed once.”

We take a moment to admire the original porch, whose grand wooden front door will, despite modern regulations on fire proofing and security, be staying put. “By adding a second front door, further in, which meets all the new requirements, we were able to keep the traditional one at the front. It would have been such a shame to get rid of it. The tiled floor too, we’re going to keep it but we’re also going to add a wheelchair ramp. I don’t want to limit the properties’ appeal to any one type of person, I want everyone to be here together, creating a genuine community.”

At times, it seems like things might not truly add up, as though Jason’s sums of effort, expense and care might create quality homes, but might also fall short of the notoriously slim profit margin. However, this is where Jason’s experience working on building sites since a teenager (even during his law degree), and his father’s expertise as an engineer come into play. Jason makes a point of doing everything he can in-house, employing directly everyone involved in the project. 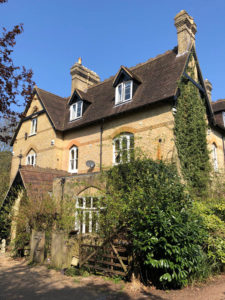 As Jason puts it, a veritable Noah’s ark of tradesmen pouring onto the site appears, “two carpenters, two plasterers, two plumbers, everyone direct!” he tells me, and each person working on the project is determined to do a good job. “We’re builders, we build homes. We take care of every aspect. I have spent Saturday nights looking at the plans for a particular flat and trying to come up with a better place to put the washing machine in order to maximise the space available for the home owner. The guys who work for us recognise that we really care about the work we do, and we treat them with respect as the skilled workers that they are, that’s why, for instance, when we got on here two weeks earlier than planned, I picked the keys up on Friday and on Monday morning I had a full team of men ready to work. They dropped everything to come and join us, because they know that it’s going to be a fulfilling project.

“Every development we do, we want it to be an award-winner. Whether it wins an award is neither here nor there, but the attitude is that we want it to be the best. We don’t build standard flats to plan, we create unique, characterful flats that, ultimately, people will be as proud to live in as we are to build.”

0 0 0 0
Previous : Sign up to receive your copy of PHPD by email
Next : Kingspan explores potential changes to Parts L & F