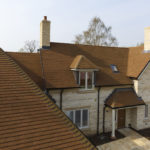 2019 sees BMI UK & Ireland celebrate – through its iconic BMI Redland brand – 100 years of concrete tile manufacture. Paul Campbell, Marketing & Technical Director, recalls some of the company’s milestones: not just 1919, but from a heritage and pedigree dating back over 180 years. 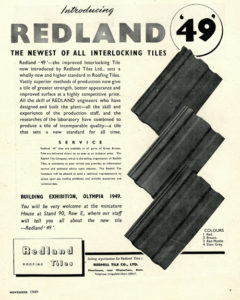 November 1919 was when the Redhill Tile Company was founded, making its first roof tiles, at the rate of 40 per hour, in a sand pit in Reigate, Surrey; setting the scene for 100 years of concrete tile manufacture in the UK.

Yet the BMI story started much earlier in 1837 when George Lewis began making Rosemary clay plain tiles in Cheslyn Hay, Staffordshire. The tiles were made from Etruria marl clay and the Staffordshire clay is still used to make the tiles today BMI’s clay plant in the Midlands.

He named the tiles after his daughter Rosemary and, for many, a ‘Rosemary’ or ‘Rosie’ has been the generic term for a clay plain tile today.

Not long after, across the Irish sea, Anderson & Sons was founded in 1849 at Lagan Felt Works in Belfast where they manufactured tarred flax felt. Because of its great flexibility and the way it can be flashed around details, it is still used in roofing today, where it is often known as ‘Irish felt’ – no doubt a nod to its Belfast heritage.

In 1876, even further afield in northern Denmark, Jens Villadsen, a master carpenter specialising in the repair of old tarred-felt and zinc roofs, founded Icopal. Operating in parallel, both Icopal and Anderson became incredibly successful flat roofing and waterproofing businesses.

And if 1919 was an important moment for pitched roofs in the UK, 1923 proved to be almost as important for flat roofing when Icopal, then known as D Anderson & Sons, relocated from Belfast to Manchester.

At the time, the Stretford area was fields as far as the eye could see and Anderson was the first factory to make the area its home. Today the factory is in the heart of Manchester’s Trafford industrial district – with global names such as Kellogg’s, Adidas and L’Oréal for neighbours.

A few years after Anderson’s Manchester move, the 1926 general strike had a profound and positive impact on the popularity of concrete tiles – owing to a resulting shortage of clay tiles – yet not so profound an impact as the Second World War. 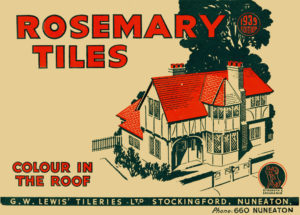 Post-war reconstruction
While the blitz wrecked a number of British cities, it was London that bore the brunt, with one million, of the estimated loss of the two million, homes destroyed. The post-war need to replace these saw a huge surge in housebuilding and the Redland 49 became the roof covering of choice. Launched in 1949, as the name suggests, it was the first single-lap concrete tile and is still in widespread use throughout the city.

If the post-war period was about the 49, then the modern story of BMI UK & Ireland starts in the ‘Swinging Sixties’. In the first three years of the 1960s, Redland enjoyed tremendous growth as it opened or acquired seven new factories – including the Grovebury Tile Works in Leighton Buzzard, ultimately replaced by the nearby Vandyke Works, and Shawell, near Lutterworth.

The decade closed with Redland purchasing a large holding in an Australian company, Monier, something which – like an earlier 1950s investment in Braas – was destined to dominate the future direction of the company. 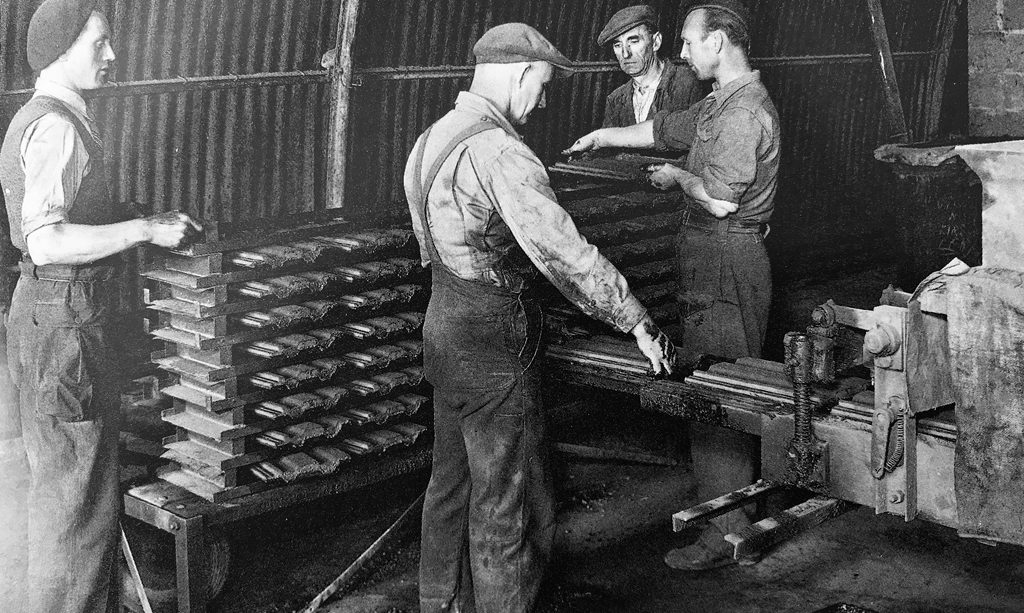 Academy status
The 1970s were a period of consolidation for Redland and this was matched to an extent in the 1980s – save for three exceptional moments. In 1981, the roofing industry’s first dedicated training centre was opened in Gloucestershire. The BMI Academy – as the training centre is now known – employs three full-time trainers and delivers approximately 60 hours of training every week. Since opening, over 45,000 delegates have been trained at the centre – with 2,000 visitors being hosted in 2018 alone. 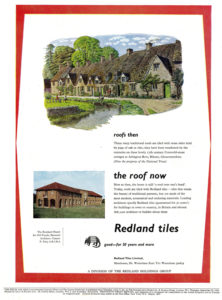 1984 saw an acquisition and an opening that centred Redland at the heart of UK tile manufacture. First, it acquired the Rosemary Brick & Tile Company. This meant the UK’s most popular and durable clay tile became part of the company’s portfolio and extended its pedigree back beyond 1919 to 1837.

If that wasn’t enough, the company made a huge stride this same year with the opening of its Rassau plant to manufacture Cambrian Slate – the UK’s first interlocking tile made from reconstituted waste slate.

The 1990s were far more striking for the group in terms of highlights than the previous ten years. The decade started out with the launch of Dovetail, a universal roofing components business, while Anderson, along with Callenders and Vulcanite, was acquired by Icopal to create a leading UK waterproofing business.

Whereas, to 1997, the Redland story had often been one of strategic acquisitions, this year saw a role reversal with the company being acquired by Lafarge, who went on to acquire 100% of Braas – a German company in which Redland had invested in 1954. 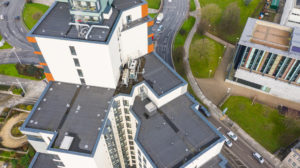 Membrane move
For Icopal the millennium got enough off to a super start with the acquisition of Monarflex, a move which heralded its entry into the specialist building membrane market. Things weren’t so rosy for Redland in terms of its survival as a household name as, in 2003, Lafarge decided to replace the iconic brand with the more corporate Lafarge Roofing.

Happily for Redland, this state of affairs didn’t last too long as, in 2007, Lafarge sold off its its roofing division which then became the Monier Group. Better still, Monier reinstated the Redland name in the UK in 2008.

In 2014, the Monier Group was renamed as the Braas-Monier Building Group; while Icopal cemented its position in the liquid applied waterproofing market with the purchase of Sealoflex. 2016 augured well in terms of the company’s’ current structure, when the global industrial concern Standard Industries (SI) acquired Icopal. The following year, SI then acquired Brass Monier Building Group, bringing Redland and Icopal together under the same roof.

To reflect this coming together, the BMI Group was formed – instantly becoming Europe’s largest manufacturer of pitched and flat roofing and waterproofing solutions with over 150 production facilities and more than 11,000 employees across 40 countries.

Heritage restored
The UK division – BMI UK & Ireland – was formally launched earlier this year. It is headquartered in Milton Keynes; and reflects its heritage through continued use and maintenance of its leading brands in BMI Redland and BMI Icopal.

The company’s experience, traditions, expertise and market-leading brands mean that it is able to see a roof and the sector in terms of how support, service and roofing technologies integrate with the built environment; rather than just through the collection of products that protect a building. All of which suggests that the future of quality systems and service is secure in the UK for another century at least.