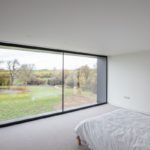 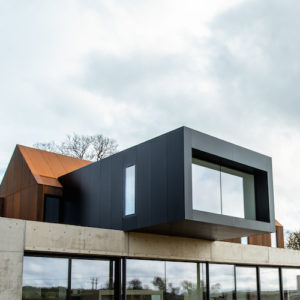 Relative newcomer to the industry, Lincolnshire’s Belvin Construction has been making big waves recently with its Barrow House, a Paragraph 79 build that LABC recently declared Home of the Year. PHPD caught up with Managing Director Steve Turner to discuss what went into the build and how the company separates itself from the rest.

Much ink has been spilled in architects’ journals over the topic of Paragraph 79 houses, so-called thanks to the one paragraph in the National Planning Policy Framework that has simultaneously confirmed their right to exist and ensured they remain on the margins. As elusive as the houses themselves, the specific wording of the policy calls for “exceptional quality or innovative nature of the design” to be the guiding principle behind any new homes built on green belt land. What that means in practice, however, and why only a little over 100 such homes have been granted permission since the policy’s introduction in 2012 (then sitting nearer the front at Paragraph 55), is up for debate. One architect’s practice which can rest easy, however, is ID Architects, whose Barrow House in the Lincolnshire Wolds has been brought into being by local builder Belvin Construction.

We spoke to Managing Director, Steve Turner, who started the building company only two and a half years ago, having worked previously as a Quantity Surveyor for the Lindum Group. He told us: “We now have 16 employees on the books, and work with 50-60 subcontractors across our sites each week. At the moment, we have nine jobs on the go, including industrial, commercial, housing sites and refurbishment work. Success has spiralled, really. Part of my strategy is to diversify the business, and spread any risk across different sectors, however I must say that the jobs that interest me the most are the grand designs, of which we try to do one a year.” 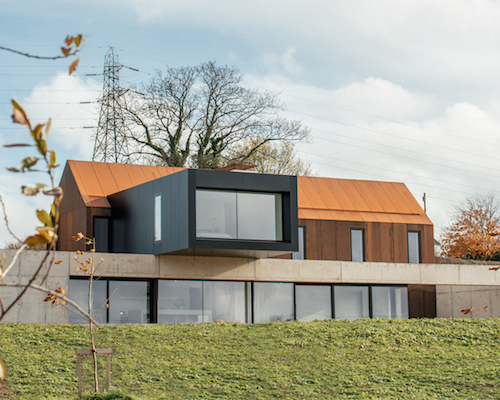 For a grand design, Barrow House was remarkably simple in both design and execution. As viewed from the road, the house appears to be a modest orange barn, clad in Cor-Ten steel sheets which are designed to weather as time goes by. Steve explained the ethos of the build: “The family who commissioned the build wanted the house to grow and change as time passes, and to grow in tandem with themselves. In that regard, the steel cladding we used ages as time passes. They were black when we first installed them. The same thought process was behind the wild meadow, which sits on the first floor sections of flat roof. We seeded this rather than planted it, with the idea that it would grow and change over time.” 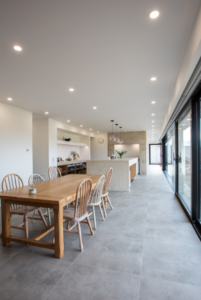 Building in the countryside presents challenges not only at the planning stage, but at the build stage too. Fortunately, Barrow House seemed to breeze through both. The house’s nod to barn architecture and the harmony with its surroundings pleased planners, whilst Steve and his team were given all the support they needed to get the build done to the highest standards. The land was owned by the client’s family, and the groundworks were even completed by their own groundworks firm, meaning Belvin only had to complete the job from the slab up. Adding to the general ease of things, much of the barn’s structure was manufactured off-site before being installed, as Steve outlines: “The barn is a timber truss structure overlaid with a membrane and then sheathed in steel. The steel came in panels, and if you look at them closely you can see the joins. Once the timber frame was in place, we measured up for each panel needed, meaning we didn’t have to cut a single thing onsite, simply fix it all into position using a crane. Below the barn it’s a mixture of timber frame, blockwork and shuttered concrete.”

The house sits into the ground, and beyond the barn, the bottom floor and the master bedroom open out to provide space and light, offering great views from the master bedroom over the landscape below. Working alongside the client and the sub-contractor, Steve opted for Senior windows in the build, which make up a large amount of the external surface area. Choosing highly insulating materials for the build was important, as the aim was to keep ongoing heating costs to a minimum by using a ground source heat pump with a low energy output. 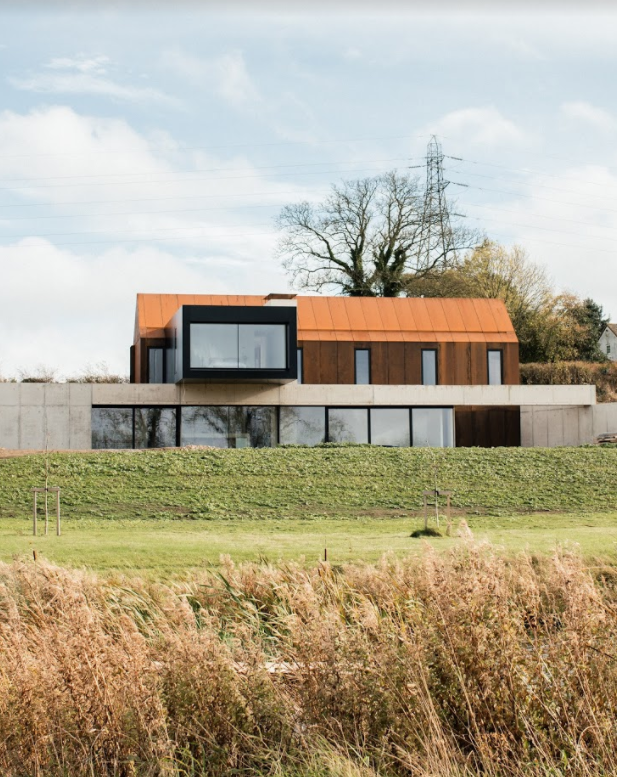 Pump Power
Heat pumps, energy efficient systems in general, are a regular part of the projects that Belvin are involved with, says Steve: “It’s a good way to go for houses out in the countryside, and its preferable to use an energy source that is not only free to use, but will actually earn you money as you sell energy back to the grid. To heat a home that is around 8,000sq.ft for free is certainly worth the initial investment. Also it’s better for the environment, which is important. As the builders, we actually have quite a lot of say on the heating choices for a home. Certainly when it comes down to the finer points, we take over from the architect. Working out the logistics, planning and laying the loop system, choosing where it enters the building, all of these things have to be worked out on the ground by us.”

The loop system, wherein a pipe is run in a loop around the surrounding land at a shallow depth, was chosen as the family owned the land and they could therefore spread out, eliminating the need for the borehole alternative.

The house was named Best Individual New Home at the LABC Building Excellence Awards at the end of last year, where the judges praised its “immaculate detailing”, arguing its “distinctiveness in appearance and performance made it a worthy and stand-out winner.” Steve’s own estimation of the build was no less enthusiastic, calling it an “amazing project” and a “very modern building, [whose] design and materials suit the environment perfectly.” After such a successful start, perhaps ambitious Paragraph 79 builds have finally found a home in the Lincolnshire Wolds – welcome news, no doubt, to Belvin Construction.

0 0 0 0
Previous : Local housebuilder celebrates third anniversary with office expansion
Next : Take a sneak peek inside these new homes in Rugby