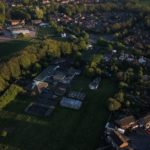 Planning sought for over 50 homes in Kidderminster

An application to build 57 new homes on the site of a former Worcestershire school has been put before planners.

The former Stourminster School site, on Comberton Road, was placed on the residential land market last year and is due to be sold to developer Cameron Homes, subject to the planning application being approved.

Harris Lamb has been appointed as sole agents acting on behalf of Worcestershire County Council and their agents Place Partnership.

The site, which extends to 5.36 acres (2.17 hectares) is allocated in the Preferred Options Draft of the emerging Local Plan as being suitable and sustainable for residential use following a positive assessment by Wyre Forest District Council.

James Willcock, of Harris Lamb’s Residential Land team said: “This is a very exciting time for Worcestershire. There has been some concern about the lack of new housing emerging to meet the demand from buyers looking to settle in the region, and in recent months have seen some prominent parcels of land released for developers to meet that demand.

“We have now exchanged contracts on the land with Cameron Homes, and aim to complete the sale further to planning being approved at the site.

“We had a lot of interest from developers in light of the site’s desirable location on the eastern fringe of Kidderminster. It is less than mile from the town’s railway station, situated next to a well-established and popular residential area with local shops and services, and is just a short distance from the Worcestershire countryside and picturesque villages of Stone and Harvington, making it a superb site for a quality housing development.”

Planners are expected to make a decision within the coming months, with construction work provisionally planned for early 2020.