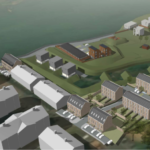 Phase one of the regeneration of a former MoD site in Gosport has been granted planning permission. The £30million scheme, being delivered by Portsmouth Naval Base Property Trust (PNBPT) in partnership with Elite Homes, will see the creation of 30 homes, a new Coastal Forces Museum and a brewery with associated bar/restaurant. It is part of the wider Priddy’s Hard regeneration that will turn the dilapidated naval Armaments Centre dating back to 1750 into one of the most desirable residential and tourist hubs on the south coast.

David Craddock, Director at Elite Homes said: “The team at PNBPT and Elite Homes are delighted to have won approval for the first phase of the Priddy’s Hard project. This could not have been achieved without the full support of Gosport Council, Historic England, Natural England and the many other agencies which have bought into our vision for this historical site. They’ve recognised our aim to revive Priddy’s Hard for the greater, long-term good of the community, bringing jobs and investment to the area whilst retaining its naval spirt.”

The discharge of a planning condition holding up the works is believed to be the first permission granted for the construction of new homes in south Hampshire since an embargo laid down by Natural England to prevent possible nitrate pollution of the Solent and harbours. Gosport Council has confirmed that Natural England has now accepted its proposals to mitigate the impact the new housing will have on the release of nitrates to allow the development to proceed.

The 40-acre Priddy’s Hard site, located on the western shore of Portsmouth Harbour, was bought by PNBPT from Gosport Borough Council in 2009. Dating back to the mid-18th century, the harbour was the epicentre of the Royal Navy’s gunpowder stores. A total of 30 new homes are planned for the first phase of its redevelopment. This comprises 17 new properties at the site’s southern demi-bastion sector and four, three-storey homes on the plot of a former cookhouse. It’s anticipated the properties’ initial refurbishment will be completed by the end of July with the Powder Monkey Brewery looking to be open and operational by October. The housing’s construction is earmarked to begin in May or June and be completed between April and September 2021.

As well as new housing, the approved plans include the building of a new Museum of Coastal Forces, while the Powder Monkey Brewery will occupy the Expense Magazine, another of the site’s derelict buildings, eight of which have listed status. A waterside restaurant and bar, ‘landmark-style’ holiday accommodation, and a visitor centre offering tours of the MoD site’s historic ramparts is also planned.

It’s estimated the regeneration will create 19 permanent jobs and up to 80 construction-based positions. According to a University of Portsmouth study, the Priddy’s Hard project will bring an immediate £6.3m to the local economy and unlock £11m private sector investment in the site to create a ‘new residential community’.

Peter Goodship, Consultant Chief Executive of PNBPT, said: “The stars are aligned and this regeneration represents a once in a lifetime opportunity to succeed with breathing new life into this strategic site and helping to position Portsmouth Harbour as one of the greatest harbours in the world. The Trust has been fortunate in finding a private sector partner, Elite Homes, which is committed to the highest quality of design and working in partnership with the Trust to achieve the wider regeneration goal for Priddy’s Hard.“

Planning approval for phase one of the regeneration follows Elite Homes’ stunning nine-home redevelopment of Ordnance Yard, which is expected to be completed in the coming weeks. Located within Priddy’s Hard’s conservation area, the site was once home to the Royal Navy’s armaments production. It now boasts six, three-level, ultra-modern homes built between blast walls, a feature from its previous incarnation. A further two, two-storey properties stand at the water’s edge looking out towards Portsmouth’s landmark Spinnaker Tower. Designed by award-winning John Pardey Architects, the houses’ striking grey-profiled metal cladding to exteriors reflects the historic naval setting to create a unique and breath-taking environment.

David Craddock added: “With Priddy’s Hard we are creating a development that is unrivalled across the whole of the south coast of England. From conservation to ecology agencies, to environmental and historical organisations, we have taken a collaborative approach to this project. For the buildings themselves, as with the Ordnance Yard development, each will be constructed or restored using offsite construction methods and recyclable, low energy materials. Taking our inspiration from the site’s incredible history, we are creating something that will benefit this overlooked part of town for future generations.”