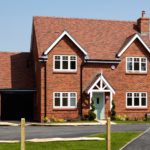 Equestrian Walk, which is likely to be launched early next year, will be a collection of two-bedroom apartments and houses of between two- and four-bedrooms. Part of the wider Arborfield Green garden village, this development joins Bewley’s other Berkshire collections, namely Loddon Oak (pictured), Oakham Park and Reading Gateway.

The development is on the site of the former Arborfield Garrison in Briggs Lane. For more than 100 years, the garrison was the regimental headquarters of the army’s Royal Electrical and Mechanical Engineers, while it also housed a hospital for injured horses.

This infirmary stable looked after thousands of horses during the First World War. Around a million of these animals were transported abroad to help the war effort, either by performing cavalry roles or moving supplies, ammunition and other equipment.

The vast majority sadly died, but many of the one in ten who did return home were treated at Arborfield. Some of these were suffering from fatigue, others from respiratory problems and lameness. Others were even brought back to England with shell shock.

Bewley Homes’ Sales and Marketing Director Elaine Stratford said: “It was really important to us to honour this important slice of history through the name of our new development. Equestrian Walk seemed the perfect choice of name to remember these brave animals.”

The former equine hospital now has protected status, while its history has been further commemorated by three life-sized horse sculptures by Berkshire artist Amy Goodman.

Founded in 1991, developer Bewley Homes currently has 11 sites across Berkshire, Gloucestershire, Hampshire, Oxfordshire and Surrey. Equestrian Walk is one of four further developments to be launched in the next year.