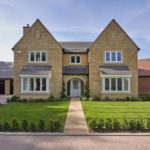 Developments #24 | Updates on projects across the UK 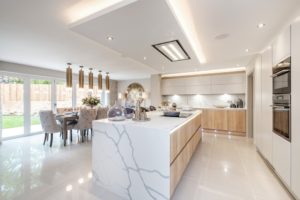 Duchy Homes | Nursery Fields, Winterley
Designs have now been released by Duchy Homes as construction gets underway in the Cheshire village of Winterley. Situated on Hassall Road, Duchy Homes is building an exclusive collection of 29 new homes, a combination of four-bedroom and five-bedroom detached homes with two-bedroom and three-bedroom affordable houses and bungalows.

With sales launching soon, the housebuilder has recently released visuals of the development, named Nursery Fields, and has announced buyers will be able to choose from six designs. The new homes will feature Tudor-style beams and gable detailing, stone sills and decorative chimney stacks, while each home blends country charm with modern living styles.

The company has begun work on foundations at Nursery Fields ahead of its anticipated sales launch in September. Find out more… 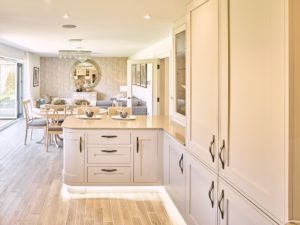 Hayfield | Hayfields, Southmoor
Hayfield has announced the release of new family homes at its Hayfields development in Oxfordshire. The executive four and five-bedroom homes benefit from a designer specification, have large gardens and are surrounded by landscaped open space.

The 11-acre site was formerly the Fallowfields Hotel, along with its extensive grounds and parking facilities. The new homes at Hayfields have been designed to reflect architectural styles from the area, weaving in local materials and detailing. Find out more… 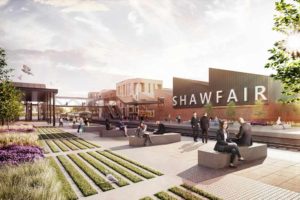 Stewart Milne Homes | Shawfair, Edinburgh
Developers behind the new town of Shawfair, an urban expansion near Edinburgh, have concluded the sale of a 16.1 acre site to housebuilder Stewart Milne Homes. Subject to planning consent, the site will take the number of new homes with consent or currently underway to over 1,000 across Shawfair.

Nick Waugh, Director of Shawfair LLP, said: “We are delighted to welcome Stewart Milne Homes as the sixth housebuilder at Shawfair. They have a deserved reputation for high quality, elegant homes and will be a welcome addition as we move a step closer to our planned 4,000 homes.

Gerry More, Group Managing Director for Stewart Milne Homes, said: “Stewart Milne Homes is focused on creating developments with a strong sense of place, through appealing streetscapes and sympathetic designs, where residents can be proud to call home.” Find out more… 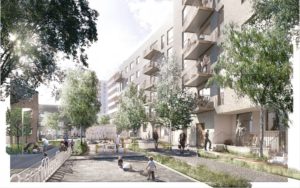 Be First | Gascoigne Estate, Barking
The planning application for the latest stage of redevelopment of the Gascoigne Estate in Barking, an additional 200 homes, has been submitted to the council. Be First, the council’s regeneration company, submitted the latest designs for more than 200 new homes, which would be built on Abbey Road on the western side of the estate, on Monday 5th August 2019.

More than 40 per cent of the new homes would be affordable and all would be situated in attractive, green public spaces, with a children’s play area and energy supplied through a sustainable energy system.

Mark Stallard, Project Manager for Be First, explained: “We’ve listened carefully to what local people had to say about our initial proposals, and have refined them to reflect some of their concerns. We believe that our proposals will provide much needed new homes for local people in an attractive green setting.” Find out more…

Kier Living Eastern | Sprowston
Kier Living Eastern has confirmed the purchase of a prominent parcel of land in the Norwich parish of Sprowston. The newly acquired 9-hectare site is located off Salhouse Road. The move is part of the company’s joint venture with Cross Keys Homes.

Nick Moore, UK Managing Director for Kier Living, said: “This purchase is a key addition to our expanding Norwich portfolio. It complements our current developments at Saxon Fields in Blofield and Roundhouse Gate in Cringleford, along with neighbouring Roundhouse Park, Cringleford and St Walstans in Costessey, which have both recently sold out.”

Positioned just three miles from Norwich’s city centre, the site is earmarked for 250 new homes, with work expected to start in early 2020. Find out more…

Cllr Sue Carter, Mayor of Rushmoor, said: “I was extremely impressed with what David Wilson Homes have to offer the community, not only exceptional houses built to suit everyone’s needs, but also ‘Help to Buy’ – and those that are in the Military get help as well.”

Rob Allen, Sales Director at David Wilson Homes Southern, said: “The launch of our Greenwood and Hereford style show homes at Bruneval Gardens has been eagerly anticipated and we’re delighted that the Mayor of Rushmoor was able to join us for the official opening.” Find out more…