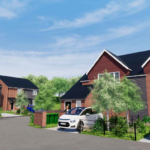 Developments #17 | Updates on projects across the UK

Nottingham City Homes / Woodhead Group | Top Valley
Alongside the new homes, a parsonage and a retail unit are also being delivered by Nottingham City Homes (NCH) and contractor Woodhead Groupon the site of demolished flats and shops on Knights Close in Top Valley. The homes, which include 13 two-bed houses, five four-bed properties and two two-bed flats, will be built to high energy efficiency standards. Also included on the site will be a retail unit and a parsonage, which has been commissioned and paid for by the local diocesan.

The new homes are the latest of the ‘Building a Better Nottingham’ developments in the north of the city, after planning permission was approved last year. This housing scheme is part of a longstanding partnership between the Woodhead Group and NCH which has delivered 164 homes so far. Find out more…

Bellway | Kings Grove, Warwickshire
Construction work is set to start on a new neighbourhood in Warwickshire, Kings Grove, following approval for the first phase of development. Bellway’s development will comprise 140 homes on land to the west of Banbury Road, immediately north of Lighthorne Heath. The housebuilder’s reserved matters planning application – which includes plans for two-, three-, four- and five-bedroom homes – was approved by Stratford-on-Avon District Council in March.

Kings Grove is the first phase of a proposed wider settlement of up to 2,000 new homes which has outline planning permission. Bellway hopes to release the first plots for sale in July. Find out more… 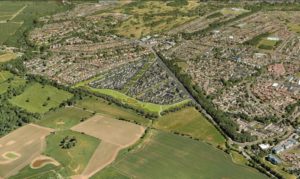 The development will provide a mix of one-, two- and three-bedroom apartments, terraced homes, colonies as well as detached family homes.

A key component of the site is the extent of publicly accessible green space – which totals over a third of the entire development and includes linear parks, a seven-hectare park, and over 700 new specimen trees. Find out more… 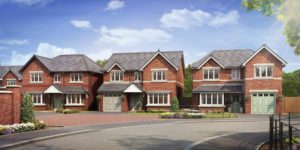 Jones Homes | Cavendish Park, Bolsover
Jones Homes will build 127 homes in Bolsover after acquiring a 16-acre site for development, to be called Cavendish Park. The development will sit next to the company’s existing Cavendish Grange blueprint off Oxcroft Lane, where 35 homes are currently being built.

Jayne Swift, Sales and Marketing Director for Jones Homes, said: “Cavendish Grange has been exceptionally well received. The homes at Cavendish Park will be built to the same high standards, with luxurious details in every home.” There will be public open space within Cavendish Park and a footpath and cycle link to Shuttlewood Road will be created. Find out more… 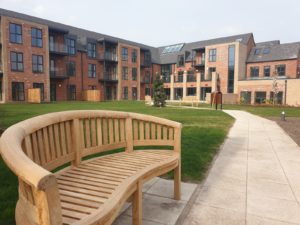 The development, known as Primrose Gardens, has 65 high quality, one- and two-bedroom, apartments, compete with their own kitchens, bathrooms, living space and terraces. There’s also a wide range of amenities including a state-of-the-art sprung dance floor, hair salon and café, which are also open to non-residents.

Matthew Ramsden, Director at Adept, which provided civil and structural engineering services of the project, said: “Primrose Gardens has set a new benchmark in terms of quality and specification for a retirement living village and has the potential to become a valuable asset for the local community as a whole. Find out more… 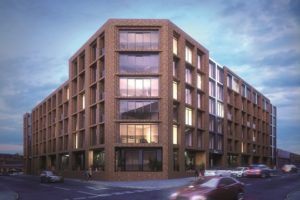 Named ‘The Forge, Digbeth’, the five-storey development comprises a mix of one- and two-bedroom luxury apartments. It is set for completion in December 2020. Providing new homes for over 226 residents, Cedar Invest has already sold 107 of the 140 homes. The development will also feature a landscaped external area and 42-space car park. Find out more…