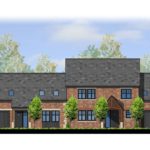 Developments #16 | Updates on new-build projects across the UK

PHPD’s regular whistle-stop tour around new housing sites across the UK, looking at the latest ‘developments’ on new-build developments. 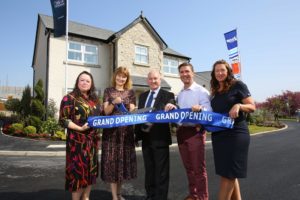 Carol Barlow, Sales Director for Jones Homes, said: “Stonecross Meadows has been extremely well received by people in Kendal. We’re still in the early stages of development but we already feel that we have been welcomed into the community.”

Stonecross Meadows is a new-build development of 110 homes and as part of its planning agreement, the housebuilder will contribute £279,300 towards education services in Kendal. Find out more…

Andrew Wright, Managing Director at Create Homes commented: “Following on from the success of our developments in Inskip, we are delighted with our acquisition of this new development site in South Ribble. It is an exciting addition to our expanding portfolio of residential developments.” Find out more… 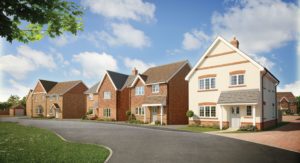 Greg Allsop, Head of Sales and Marketing for Bellway North London, said: ““The homes at Little Acres will cater for a wide range of buyers, from growing families and first-time buyers, to downsizers and workers commuting to Central London.”

FMR Construction | Stonehaven
FMR Construction has begun the construction of 91 homes near Stonehaven for Hillcrest Housing Association. FMR Construction, part of the FM Group, will deliver high-quality housing for this bespoke village, which is on the 1,600 acre Ury Estate. The £12.5 million development was approved at committee in January this year.

Andrew Rae from FMR Construction said: “The Mackie Village project is a great opportunity for us to work with Hillcrest on Ury Estate. FM Group has a long-term programme of works in north east and will be involved in new infrastructure, the redevelopment of Ury House and further housing in the area. We will be looking to establish a strong management team and that task is currently underway.” Find out more… 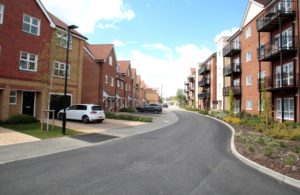 Bewley Homes | Earl’s Grove, Surrey
Bewley Homes fifth collection of homes in Surrey has been named Earl’s Grove after the founder of Reigate Priory. The collection of new build homes, which is likely to be launched early next year, will comprise properties of between three- and four-bedrooms. It joins Bewley’s other Surrey sites, namely Acacia Gardens in Farnham, Ash Lodge Park in Ash, Jubilee Meadows in Hersham and Nursery Gardens in Tongham.

Bewley Homes’ Sales and Marketing Director Elaine Stratford said: “Reigate Priory is steeped in almost 800 years of history, and its hallowed walls and beautiful grounds are just a stroll away from our new development. Therefore, the name Earl’s Grove seemed particularly fitting, enabling us to recognise the impact William de Warenne made on the local area.” Find out more… 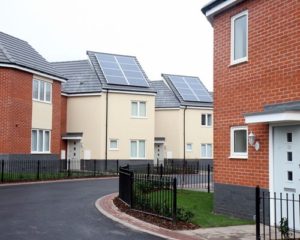 Lovell | Saints Quarter, Wolverhampton
151 new build homes are to be built in Wolverhampton, thanks in part to a £770,000 grant from the West Midlands Combined Authority (WMCA). Leading developer, Lovell Midlands has been given the green light to develop brownfield land in Steelhouse Lane, Monmore Green, Wolverhampton with a £2.5 million scheme providing a mix of homes to buy or rent.

The site, which has been lying vacant for more than a decade, is being brought back into use after the WMCA used funding to clean up the land and make it ready for development. WMCA provided a £770,000 grant for the development of the site.

Stuart Penn, Lovell’s Regional Managing Director, said, “This important development will transform this former industrial site as well as help tackle the pressing demand for new homes in the area.” Find out more…