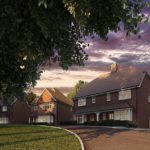 Developments #15 | An update on new housing projects across the UK

PHPD’s regular whistle-stop tour around new housing sites across the UK, looking at the latest ‘developments’ on new-build developments. 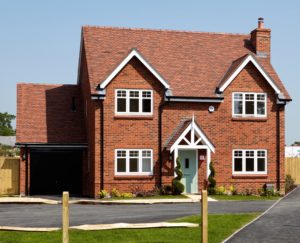 Bewley Homes’ Sales and Marketing Director Elaine Stratford said: “William Warham was a pre-eminent figure in the Tudor period, rising to truly lofty heights in his chosen fields of the law and the church. Canterbury Gardens was an ideal choice of name for our new development to mark Oakley’s connection with this fascinating history.” Find out more…

The plans for the conversion were given the green light by council chiefs last year, and now the people behind the scheme, Coach House owners, McDougall Dodds Limited, in conjunction with the FiftyTwo Group, have revealed their plans on how the development will look. Eight properties will be created, which include two houses, two bungalows, three two- bedroom apartments and one three-bedroom apartment. Work will begin on converting the Grade II listed building in June, with a projected completion date of spring 2020. Find out more… 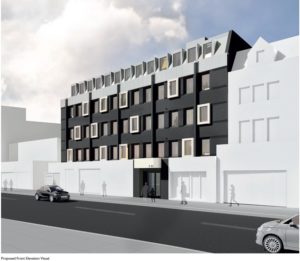 Thomas Sinden | Clapham
Contractor Thomas Sinden has been awarded its fourth contract from The Freshwater Group of Companies for a development in Clapham. The £3.7 million Permitted Development Scheme involves the alteration and refurbishment of existing offices on the first floor to fifth-floor level into 35, one- and two-bedroom apartments and studios, together with associated parking, refuse storage, amenity space and landscaping.

Graeme Sinden, Director of Thomas Sinden commented: ““This latest scheme allows a former under used office building to be converted into homes which are greatly needed in this part of London. We will be starting on site in the next few months and work is expected to last 44 weeks.” Find out more…

Berkeley Homes | Princes Chase, Surrey (main image)
The new Princes Chase development in Leatherhead has been launched by Managing Director of Berkeley Homes Southern (East), Jeremy Chapman. The collection of new homes is located in a private woodland setting and includes one- and two-bedroom apartments and two-, three- and four-bedroom houses. The new homes combine traditional façades with contemporary and versatile interiors.

Jeremy Chapman, Managing Director at Berkeley Homes (Southern) East, said: “Every care has been taken when planning this development and it has been sensitively designed to reflect the architectural character of the local area. The homes are set within attractive street scenes, surrounded by beautiful landscaping as well as having a natural play area for children and woodland paths for residents to enjoy.” Find out more…

Ashberry Homes | Elizabeth Gardens, Rochford
Construction work is progressing at a new housing development in Rochford, with a new phase of homes recently launched by Ashberry Homes. Elizabeth Gardens is a collection of two-, three-, four- and five-bedroom houses off Hall Road, to the west of Rochford. With around 170 houses sold already on phase one, work has now started on the next phase of homes.

Elizabeth Gardens will eventually become part of a larger new development on the outskirts of Rochford, with developers also contributing to a new primary school, road enhancements and public open space. Find out more…

London Green | Regent House, Basildon
Regent House is a new PRS development comprising 106 one- and two-bedroom apartments, developed by London Green. Apartment layouts have been designed to make the best use of light and space. Key features include an on-site concierge service, secure car and bicycle parking, CCTV, keyless entry and a landscaped garden for residents’ use.

Joe Green, Managing Director of London Green, commented: “Our Regent House development offers city workers the opportunity to live in high-quality apartments just a short walk from Basildon Station, so it’s no surprise that the development has seen a significant amount of interest from London professionals since its launch in early April.” Find out more… 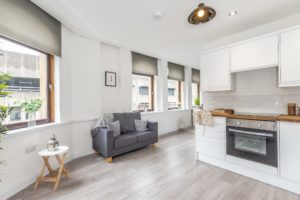 New residential homes occupy the top three floors of the four-storey former office block. The three existing ground floor commercial spaces have been retained, with current tenants still in situ. Priestley Construction has also upgraded fire systems in these units to improve safety for all occupiers.

Rob Pell, Head of Construction at Priestley Construction, said: “We’re thrilled to add another development to our growing portfolio in Bradford, having delivered this extensive refurbishment project to our client’s exacting standards and requirements.” Find out more…