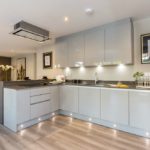 Developments #14 | Updates on projects across the UK 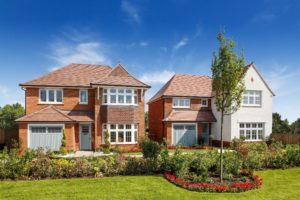 A large part of the development will be set out as public open space, with the addition of a footpath link which will connect it with amenities to the north. Redrow Homes will also be contributing towards a new primary school and library. Find out more… 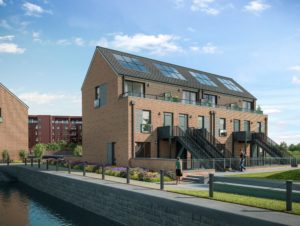 CALA Homes | Waterfront Plaza, Leith
A style of home that is considered part of the fabric of the Scottish capital has been given a modern twist at a new development at Leith’s waterfront. CALA Homes (East) is offering a new interpretation of the traditional Edinburgh colony model at its upcoming Waterfront Plaza development.

Craig Main, Director at EMA Architects, said; “The colonies at Waterfront Plaza offer a modern take on an iconically Edinburgh design. The clever layout means that each home has its own front door, creating that sense of ownership and community that has made the housing model so popular.” Find out more…

Bellway | Admiral Park, Tongham
Bellway South London has purchased a parcel of land at Manor Farm, on the southeastern edge of Aldershot, and will be building 127 new homes at a development which will be known as Admiral Park.

A hybrid planning application for a wider development of 254 homes was approved in January 2018, and detailed proposals are currently being considered by Guildford Borough Council. Bellway’s plans for the development include substantial areas of open space, including a children’s play area to the north of the site and the retention of a wooded area to the southern edge. Find out more… 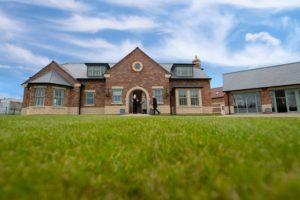 Matt Johnson, Wynyard Park Development Director added: “The event was testament to how we work with a range of local businesses to help people achieve their dream home, and we hope to host similar events in the future.”

Wynyard Park has now sold over 70 self-build plots. The final phase has recently been released. Find out more… 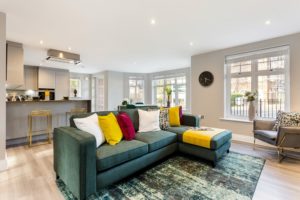 This latest addition to the Troy Homes portfolio is positioned in a stylish and secluded enclave in the affluent neighbourhood of Gidea Park. The apartments have been designed to offer spacious modern layouts. The specification includes Villeroy and Boch sanitaryware and Hansgrohe taps and showers in the bathrooms and en-suites. Find out more…

Bellway | Acton Square
Bellway London has completed building work at Acton Square, a development which has provided 95 new homes in Acton where a range of one- and two-bedroom apartments have been built.

Greg Allsop, Head of Sales for Bellway London, said: “It’s little surprise that the homes at Acton Square have been so popular due to the excellent location of the development, just 700 yards from Acton Park and a few miles from hotspots such as White City and Shepherd’s Bush.” Find out more…