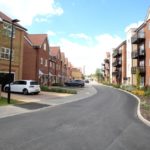 Bewley Homes fifth collection of homes in Surrey has been named Earl’s Grove after the founder of Reigate Priory.

The collection of homes, which is likely to be launched early next year, will comprise properties of between three- and four-bedrooms. It joins Bewley’s other Surrey sites, namely Acacia Gardens in Farnham, Ash Lodge Park in Ash, Jubilee Meadows in Hersham and Nursery Gardens in Tongham.

The Grade I-listed building was established by the Earl of Surrey, William de Warenne, in 1235 for the Order of St Augustine. The order’s monks resided in the priory for more than 300 years until the dissolution of the monasteries in the 16th century.

Lord Edmund Howard was appointed priory steward by Henry VIII in 1536. After the King married Lord Edmund’s daughter Catherine in 1541, the building became the residence of the Howard family for 140 years. After three centuries as the private home of a number of different families, the priory is now jointly shared between a primary school and a museum.

Bewley Homes’ Sales and Marketing Director Elaine Stratford said: “Reigate Priory is steeped in almost 800 years of history, and its hallowed walls and beautiful grounds are just a stroll away from our new development. Therefore, the name Earl’s Grove seemed particularly fitting, enabling us to recognise the impact William de Warenne made on the local area.”

Founded in 1991, independent developer Bewley Homes currently has 11 sites across Berkshire, Gloucestershire, Hampshire, Oxfordshire and Surrey. Earl’s Grove is one of four further developments to be launched in the next year.